We use cookies to ensure that the website functions properly. By selecting the "Accept All" option, you agree to the use of all cookies in accordance with the Information for the use of cookies on the UBB websites. To customize the cookies you use, select the Settings option by which you can manage your individual cookies preferences.

The company is managed by a Board of Directors and is represented by an Executive Director. 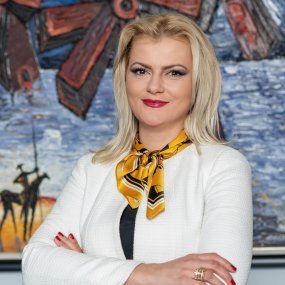 Juliana has a Master's degree in Insurance and Social Affairs from the University of National and World Economy. During her career she has attended numerous trainings and international conferences in insurance, finance, marketing, innovations and other domains.